The first 20 km out of GenÃ¨ve was an architects delight with each mansion competing with the next for more grand entrance ways and longer tree lined paths up to a stately manor overlooking the lake. Trent and I were starting to feel a little jealous by the end of it but we soon got back to enjoying the stunning Swiss scenery. As we neared the town of Vevey our stop for the night the hills got even stepper as they rose out of the lake. Running up the side of the mountain were ancient stone terraced vineyards.
The view was stunning. I did feel sorry though for the poor people who had to work the vineyards. 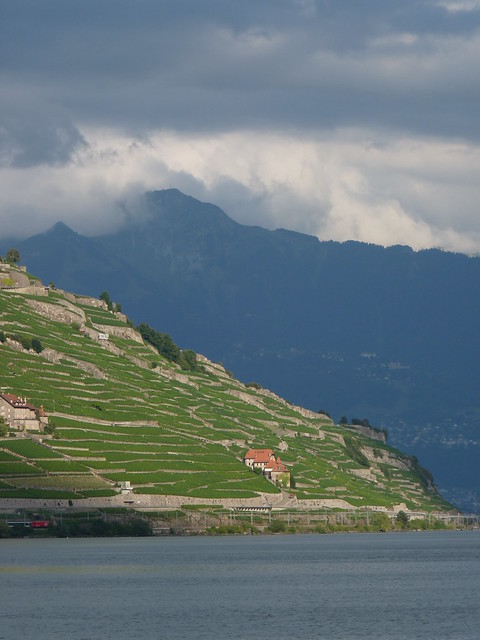 That night after dinner Trent, Naomi and I sat next to the lake and enjoyed the view that the moon showed us. The mountain tops glowed from the soft light. 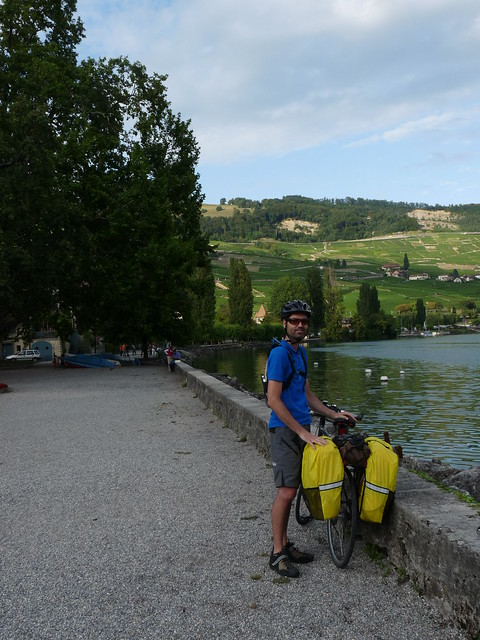 We had planned to get up early as we had a steep mountain climb in the morning but the three of us are getting worse each day at waking up and getting going. It is hard as Trent and I still havent had a rest day since Paris. When we planned the days we had a few assumptions which we quickly learnt were a little over the top. To keep on track we have had to cut out all our rest days.

The town of Vevey is at the end of Lake GenÃ¨ve which is surrounded by a mountain fortress. Trent and I knew that the climb out wouldnt be easy but we werent ready for what we did get.
Coming out of the town we saw a sign which read 14% climb. 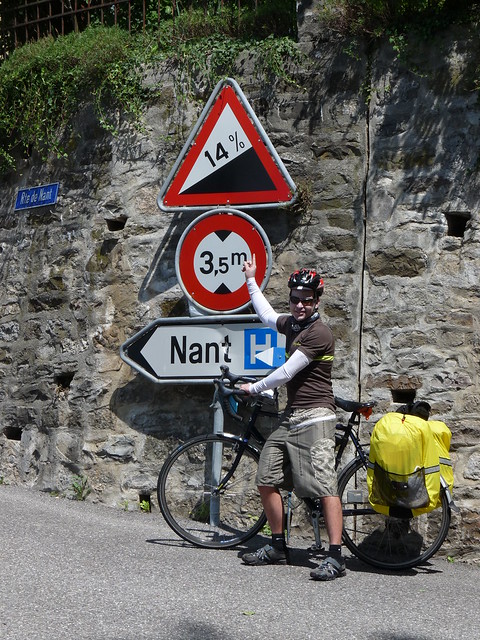 Both of us were thinking we can do this but only just with panniers. As we climbed the mountain it steadily increased to 20% then greater than 25%. When Trent unclipped and started pushing his bike I breathed a sigh of relief as I was quietly dying on my bike. To push our bikes up this mountain we had to fully lean over. Drops of sweat stained the road as we inched our way up. After about 45 mins we reached a less steep road. I cursed my navigation device as we both realized we could have been on the less steep road all along.

Both of us felt broken. Some of the views going up were amazing but I was too shattered to reach for my camera. Thankfully after another hour of climbing it was a slow downhill into the town that night. When we got into town (Chateau dOex) we cooled off in the river. It was arctic but lovely after such a scorching day. 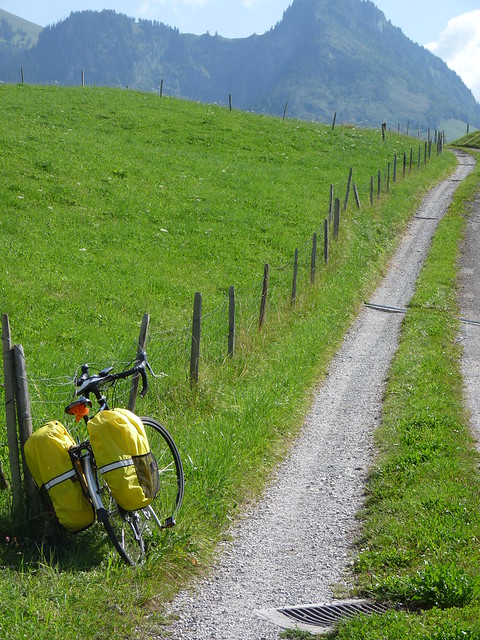 The ride the next day was just amazing. Trent and I had both feared more mountains but it was downhill nearly all day. Sometimes we were flying down the mountain and all I could do was yell yikadeeeee, yahooooo.  We were also a little apprehensive with each hour of going down as we knew that one day very soon we would need to climb our way out of the valley that we were racing down into. So they were screams of joy but mixed with a little fear and pain of what was surely coming soon.  When we reached the bottom Trent and I were both grinning from ear to ear. We hadnt had this much fun for awhile.

We spent the night on lake Thuner just outside of the town of Spiez. This area is surrounded with stunning natural beauty.  I think it would be hard to deny God in such a place. 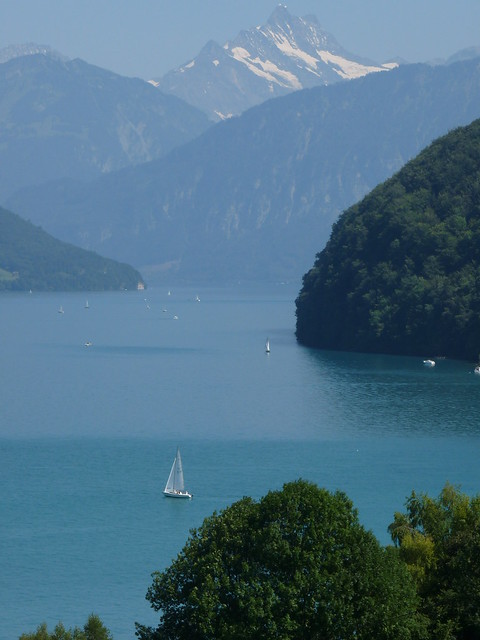 Today we had a very easy ride around the lake and arrived in the beautiful town of Interlaken.

Many of our fears are paper-thin and a single courageous step would carry us clear through them. Brendan Francis