We made an early start on the day. This would be our hardest day yet, the climb to the top of the Col de la Faucille. Three hours into the climbing we had only managed to advance a pitiful 18km. Every snaking corner simply revealed a new level of the endless mountain.

Room with a view 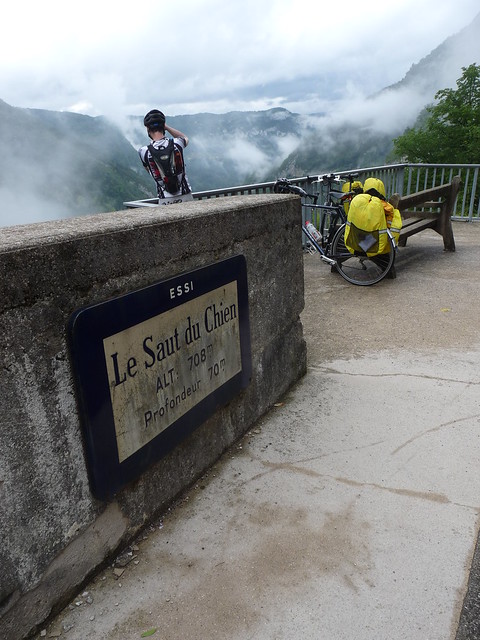 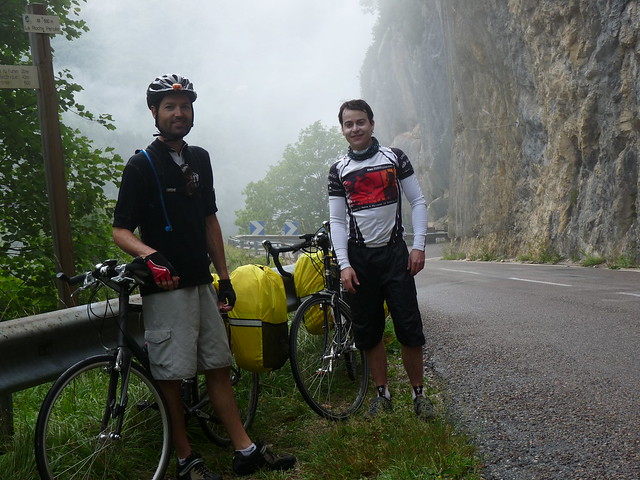 A lot of huffing and puffing and jaw dropping views later….. We had made it. We had crossed over the Alps into Switzerland. 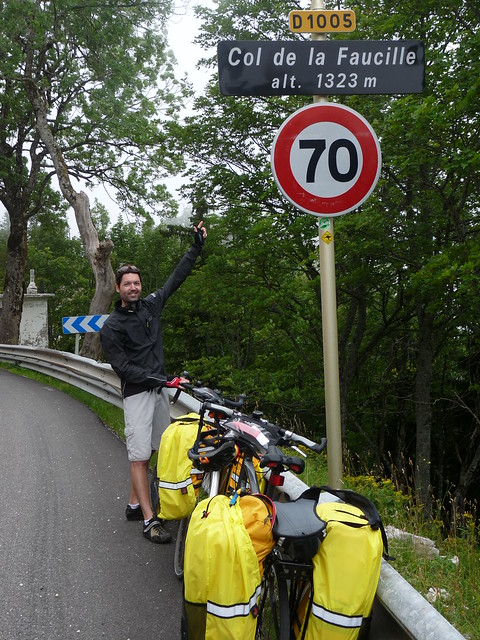 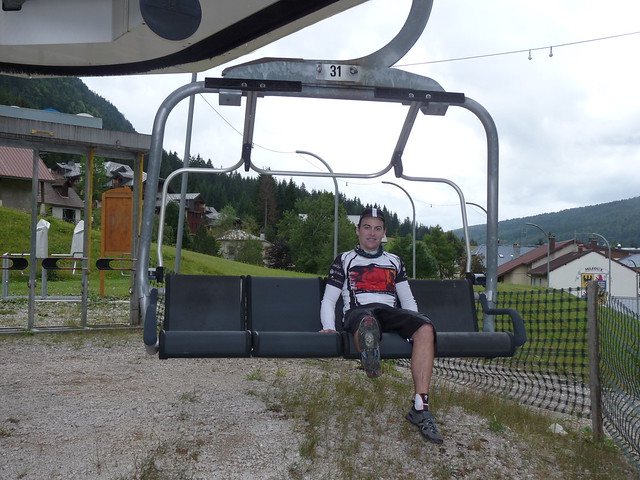 When you cycle past a ski lift you just have to take a pic.

We had literally only just arrived at the top and the mist swept in. Any view we might have seen was quickly blotted out. As we snaked our way down the side of the mountain range the rain starting to come down as well. After 15 minutes of squeezing on the brakes my hands were aching. All day I had wished of flying down this mountain and because of mist, wind and rain we had to carefully descend like two old men. Out of the corner of my eye I could catch glimpses of the stunning view as the clouds would part for a brief moment. Lake GenÃ¨ve sparkled hundreds of meters beneath us. After 15 minutes of descent we stopped for a well-earned victory photo. 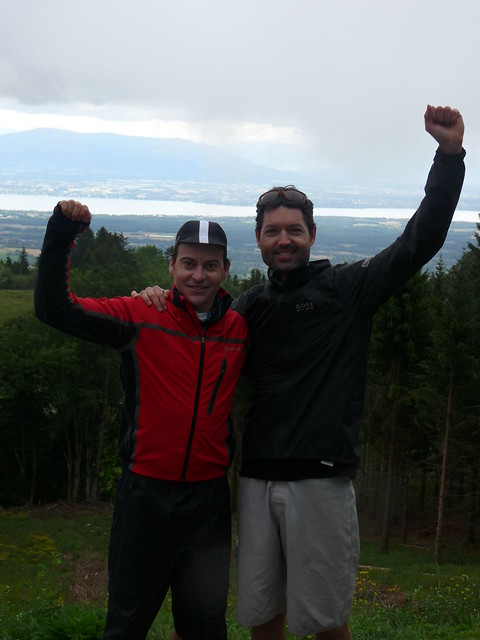 We have crossed the alps. yipeee

It was about 3.30 now and we had arrived in the town of Gex. Both of us were starving, as we hadnt eaten proper food since 8. You know when you are really exhausted and hungry how you start dreaming of your favorite foods. Well for Trent and I the dreaming had certainly set in. Both of us were soaking wet, freezing cold and feeling shattered from all the hard work. We couldnt believe that this town had nothing open. We had missed the local restaurant by 5 mins and wouldnt open until late that evening. Even fast food places were closed. We both looked like two soaked sad cats sheltering from the rain.

I hate to say it but we ended up eating at McDonalds.  6 km down the road we found one open. When you are really hungry it does taste ok.

Later that afternoon we arrived out our destination GenÃ¨ve. GenÃ¨ve is a strange mix of people. The sultan of Oman was in town and was the guest of honor. Along the waterfront there was a show ground and literally thousands of people from Oman had descended on GenÃ¨ve. Wealth was very apparent but it looked very tacky. 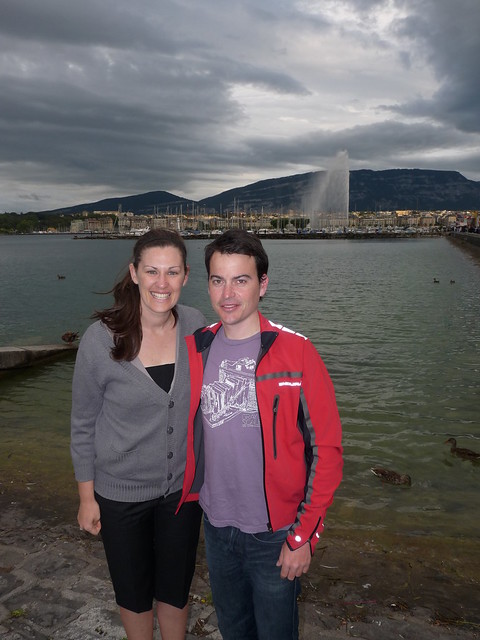 In Geneve with Naomi. Trents wife.