After a lovely cycle past sparkling lakes we arrived in Chur. That night we stayed at Trents relatives place. They live high in the mountains accessible by a white knuckle ride by car. That night we slept in the hay which was an experience! Other than the field mice running around my head it was a very peaceful nights sleep.

Roll in the hay 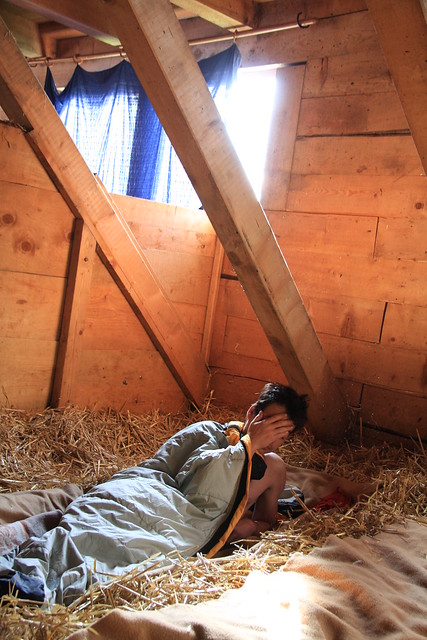 The next day we were taken to their alpine fields high on the mountain where they graze their milking cows. It was fascinating to see the traditional Swiss farming methods.

Trent was keen to stay on and chat with his relatives but I was getting increasingly worried about the more than 2,000 meter climb we had to make that day over the Albula pass. This would be our toughest day yet.

We began our climb out of Chur at 1.30pm and both of us thought we might have a few kilometers to warm up our legs but it began immediately and the mountains simply stretched on and on. After the first two hours of constant uphill both Trent and I were wishing for even a few moments of flat to give our legs a break. With such a late start on the climb we didnt have time to waste as we needed to make it to St Moritz before dark. 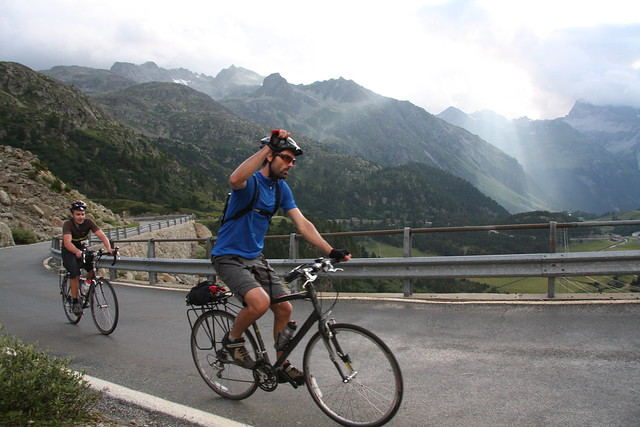 Six hours into our ascent of the mountain pass, Trent and I came across a sight which inspired but also sapped us of all our energy. As we slowly drew closer to two cyclists climbing the same mountain pass we noticed they were well into their sixties. These sort of sights are hardly conducive for us thinking of ourselves as tough adventures.

Almost like an answer to our wish for an energy boost Naomi and Lynanne appeared in their car with some much needed refreshments.

It was an amazing feeling to finally reach the top. At 2,315m the Albula pass takes on an almost lunar landscape. We had been cycling for over eight hours and it felt exactly like one of those cycle spin classes at the gym but instead of it being for 45 mins it was for eight constant hours. 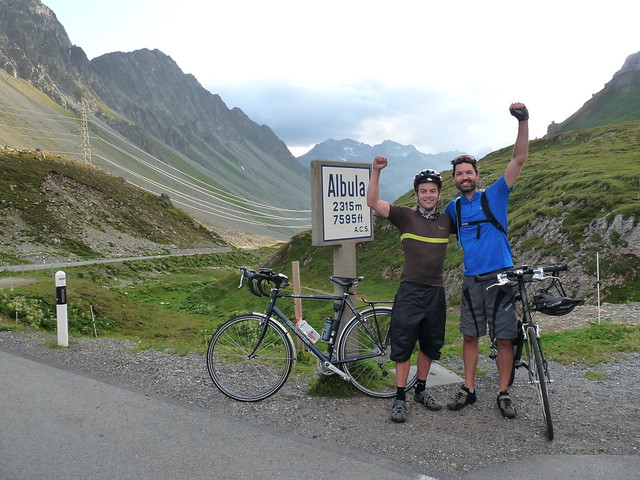 The downhill was amazing. Insane roads snaking down into the valley.

That night we arrived exhausted but very pleased that we conquered the mountain pass. We stayed the night in the ski town of St Moritz. A favorite spot for royalty to ski. When you visit this magical area it is clear why it has such a pedigree. 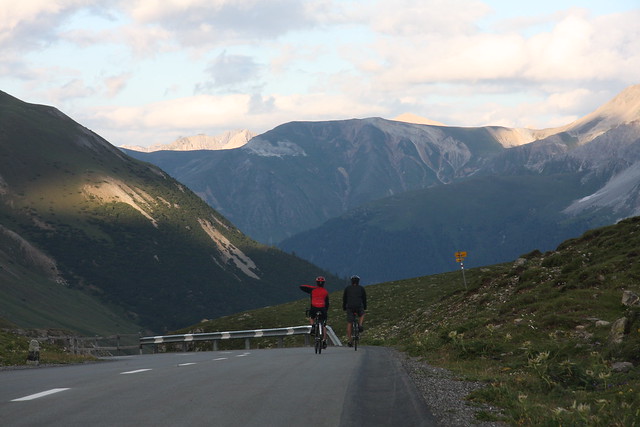