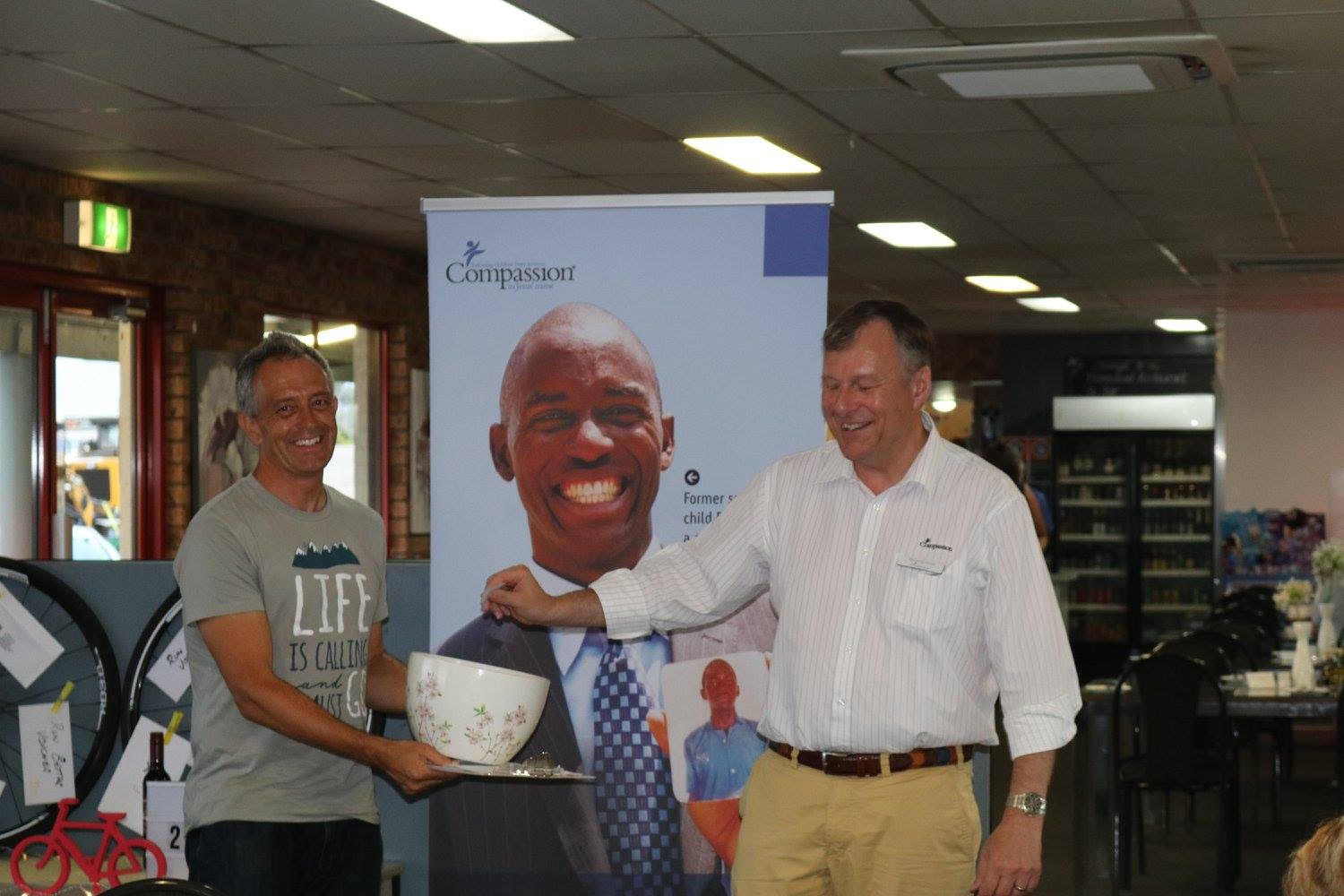 The first thing I have done this year was to run a raffle at my local parkrun. People’s donations could be made online as per normal, or on the day. Most people donated on the day. I promoted the idea that for every $10 donated, people would receive 3 raffle tickets, or if they donated $5, then once ticket. We also had a gold coin donation for the day. This didn’t quite get me all the way, so I just gave the ride a plug on Facebook a few times and through work. Again not quite getting all the way, I approached one person directly, and that was enough to reach my target. In all honesty, asking people directly is what you have to do.

The previous two years I have been fortunate to have a Motel donate an evening meal for free, and I have charged $25 a head, which each sold is actually a donation, people love it. I have also run an auction on the night, which raises more. So with about 40 people turning up, this manages to make the target in one night. But I have learned to run this event around June/July not November/December.

Q2: How have you found peoples interest in what you are doing?

Very few people get out and make a difference this way, through pain and suffering! People respond well, they admire my commitment to do things for others, and imagine that they couldn’t ever try what we do.

Q3: Have there been any surprises or interesting things happen to you as you fundraise?

I think I have been overwhelmed by one of my “bosses” who having already donated $50, donated another $50 yesterday. But I think mainly I am humbled by people’s generosity in donating prizes.

Q4: How is your training coming along?

It has been hard to train this time around, mainly because of personal things going on in my world. But sometimes it’s about accountability and having someone that you don’t want to tell you didn’t train is very valuable. But, I know it’s vital to train. You can’t turn up to an event like this and not have trained. You put other riders at risk and yourself.

Q5: What has kept you motivated to raise so much money?

I know I can’t attend this ride unless I have raised the money. The second thing is that it’s about making a difference. When you receive that first donation, you know you are now accountable and so you just have to keep going, with the fundraising AND the training!